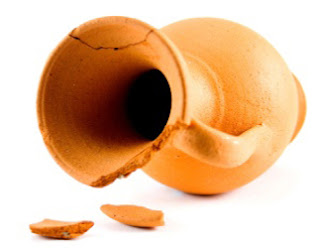 Cracked Pots But we have this treasure in earthen vessels, that the excellence of the power may be of God and not of us. 2 Corinthians 4:7
Everyone knows what it’s like to be disappointed by someone we love or admire. Our husbands, wives, children, or parents sometimes let us down. Our heroes stumble. Our leaders falter. It can devastate us and damage our relationships because we place high expectations on those we love. Sometimes we forget they are broken people just like we are.
According to 2 Corinthians 4:7, we are all earthen vessels, jugs of clay, easily chipped. The Voice translates 2 Corinthians 4:7 like this: “But this beautiful treasure (the Gospel) is contained in us—cracked pots made of earth and clay—so that the transcendent character of this power will be clearly seen as coming from God and not from us.”God blesses us cracked pots in spite of our sinful, undeserving nature; and high on His list of blessings is forgiveness. As we look to Him alone, He gives us grace (He imparts a million blessings we don’t deserve) and mercy (He withholds a million judgments we do deserve).If He gives grace and mercy to cracked pots like us, perhaps we need to extend the same to those we love.Let us make sure that we are not so hard on others because if the shoe were on the other foot, we would want someone to understand our circumstances and help us to redeem ourselves.Jesse R. Watson, Jr., in Morning Coffee
Posted by Es Importante o No at 2:55 PM No comments:

Be Still and Know I AM your God 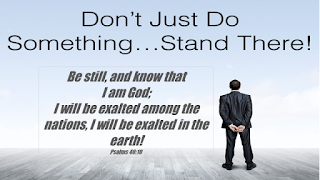 Be Still and Know I AM your God

We have heard many times: "Don’t just stand there! Do something!" Everywhere around us we see all this injustices, it's hard not to do or say something. It’s very difficult to just do nothing when we see so many injustices in this world. It’s hard to stay still.  We love to rant, to be the squeaky wheel, to try to make a difference.
David was not the exemption He raves about the constant attacks from his enemies. Psalms 25:19 – Consider my enemies, for they are many; And they hate me with cruel hatred. God tells him “Be Still that I am your God” (Psalm 46:10). In the same regard God tells us Be Still. Let me be in charge. The battle belongs to the Lord. Let me be the judge.

The harder you try the worst it get to resolve your situation, until you let God to be in control and then it get better sooner or later. What it seems you lose all hope then everything turns around and you say "what happen?" The Lord is by your side. The Great I Am is there, The Great I Am is here. He's been here all along. So “Humble yourselves in the sight of the Lord, and He will lift you up”. (James 4:10)

Let God be the Avenger

Be Still but Doing Something

All we have to do is pray and pray hard, pray constantly:  “not lagging in diligence, fervent in spirit, serving the Lord; 12 rejoicing in hope, patient in tribulation, continuing steadfastly in prayer” (Romans 12:11-12)
·         For our government
·         For the People...
·         All Men
1 Timothy 2:1-4 – Therefore I exhort first of all that supplications, prayers, intercessions, and giving of thanks be made for all men, 2 for kings and all who are in authority, that we may lead a quiet and peaceable life in all godliness and reverence. 3 For this is good and acceptable in the sight of God our Savior, 4 who desires all men to be saved and to come to the knowledge of the truth.

Be Still but Continue Preaching

The apostle Paul lived in a hostile world (evil Roman Empire) but he continue to preach the Gospel. The church grew. We are surprised for the things that happening but it wasn't a surprise for Paul. He kept on preaching and tell his apprentice Timothy to preach the word. Preach the word! Be ready in season and out of season. Convince, rebuke, exhort, with all longsuffering and teaching (2 Timothy 4:2)

Don’t Make the Church Grow by your Own Efforts

That all we have to do is pray and Preach and let the Lord do the rest. I planted, Apollos watered, but God gave the increase. 7 So then neither he who plants is anything, nor he who waters, but God who gives the increase. We do our part and God will do his.

Be patient Faith will move mountains

The mountain might still be there when you wake up but the peace that comes when you watch and Pray would seem that the mountain is gone because the Lord is God almighty and He is on our side.
Posted by Es Importante o No at 4:28 PM No comments:

What Does the Bible say about the Kingdom of Christ? 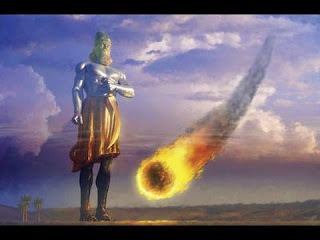 What Does the Bible say about the Kingdom of Christ? 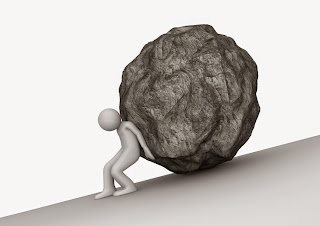 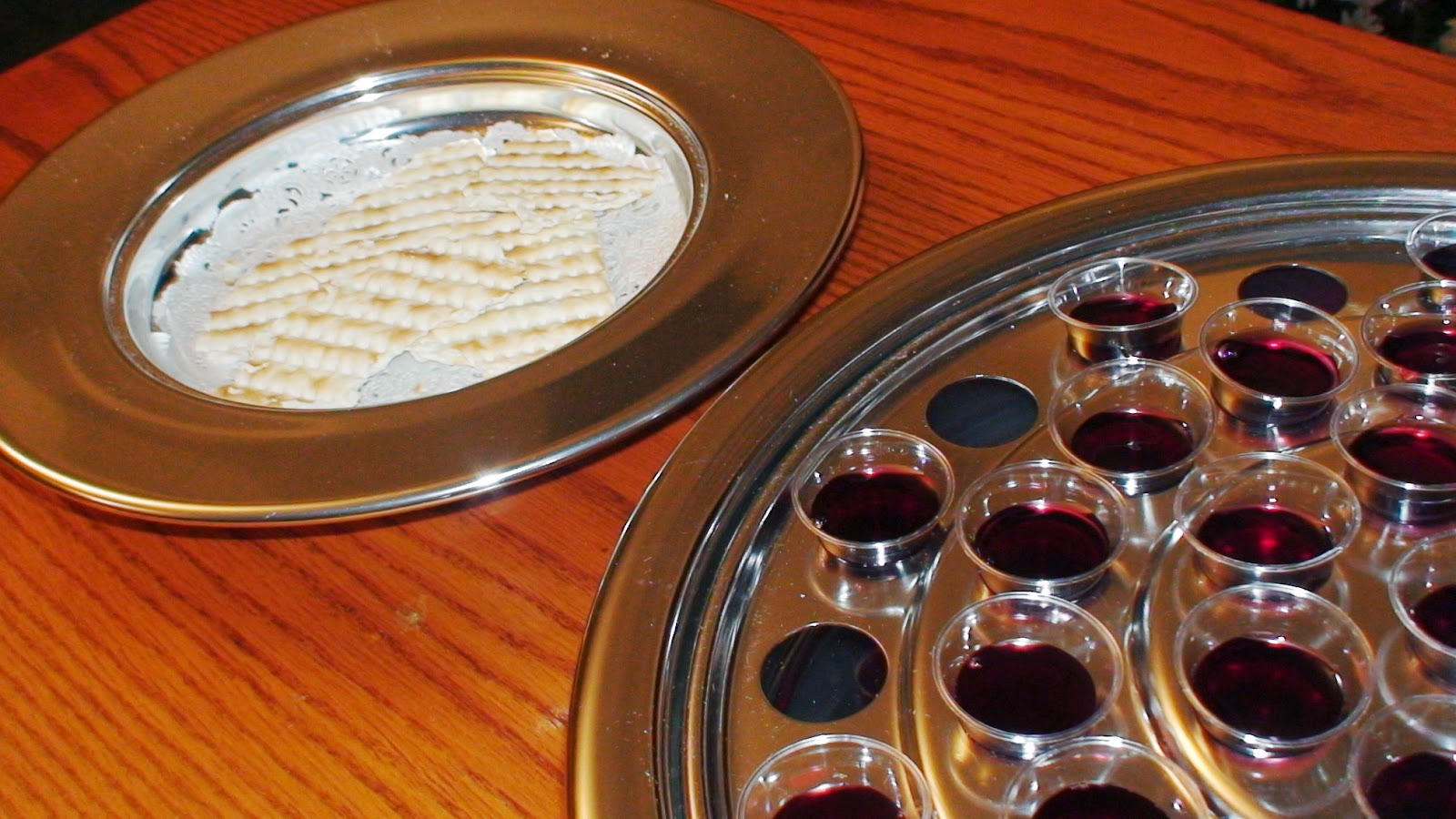 Breaking of the Bread 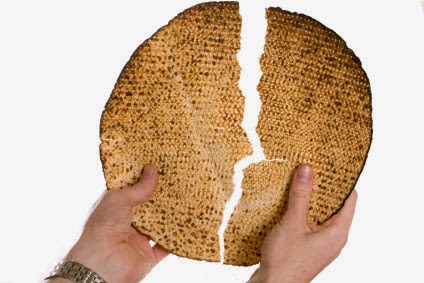 A small piece of bread and a thimble full of grape juice doesn’t sound like a great big meal but for those who are Christians has much more meaning than a satisfying meal. This has been of great significance for Christians though out the centuries until today, especially when we come together in fellowship. In the Old Testament celebrate the Passover as a commemoration of how God saved his people from the slavery of Egypt. In a typical Jewish home as they celebrate the Passover, the 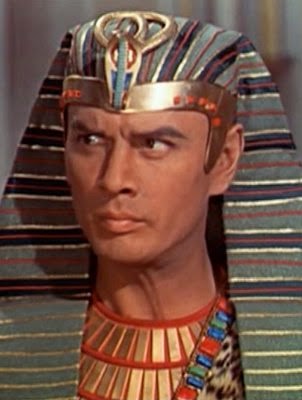 
Prayer: Lord, ABBA Father, we come to you with humble hearts, grateful for your Loving Grace. We thank you for giving us your only and begotten Son, Jesus, who made this happen. And we thank you for the bread and as we partake of it, we will do it in a manner pleasing in your sight. In Christ Jesus we pray, AMEN. 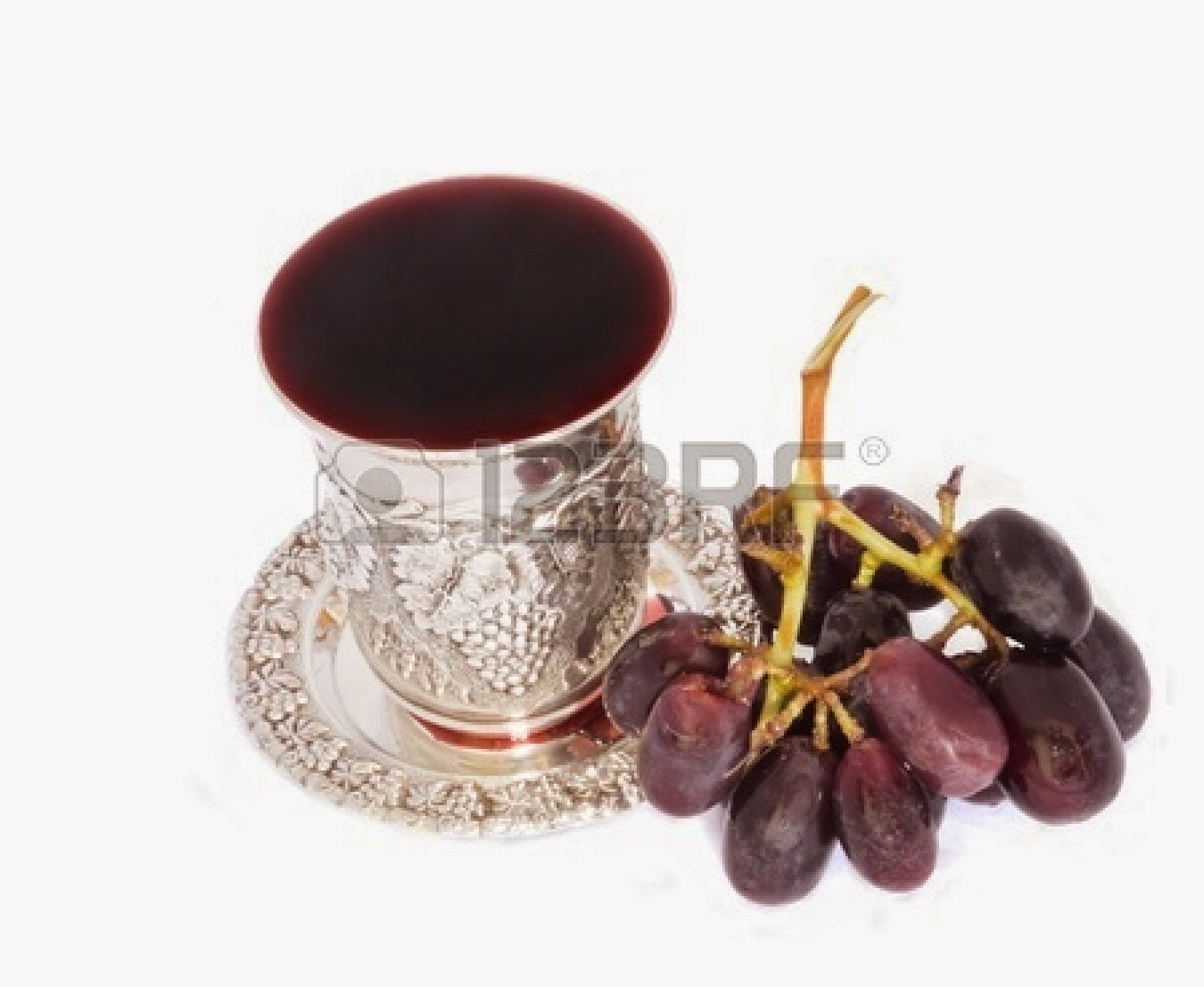 According to Hebrews 9:22 - without the shedding of blood there is no forgiveness of sins. The Blood of Christ represented in this little cup is more precious than gold and silver. It has done more than to just make us wealthy. It has rescued us from our futile ways and gave us hope. It reads in 1 Peter 1:18-19, You know that you were ransomed from the futile ways inherited from your ancestors, not with perishable things like silver or gold, 19 but with the precious blood of Christ, like that of a lamb without defect or blemish.


Prayer: As we drink together, our Lord God and King of the universe, help us be mindful of the things that really matters in regard to our salvation. We thank you for the fruit of the vine, thank you for the Love and we thank you for the great Salvation that was foreordained for us before the foundation of the world.  In Jesus name we pray, AMEN. 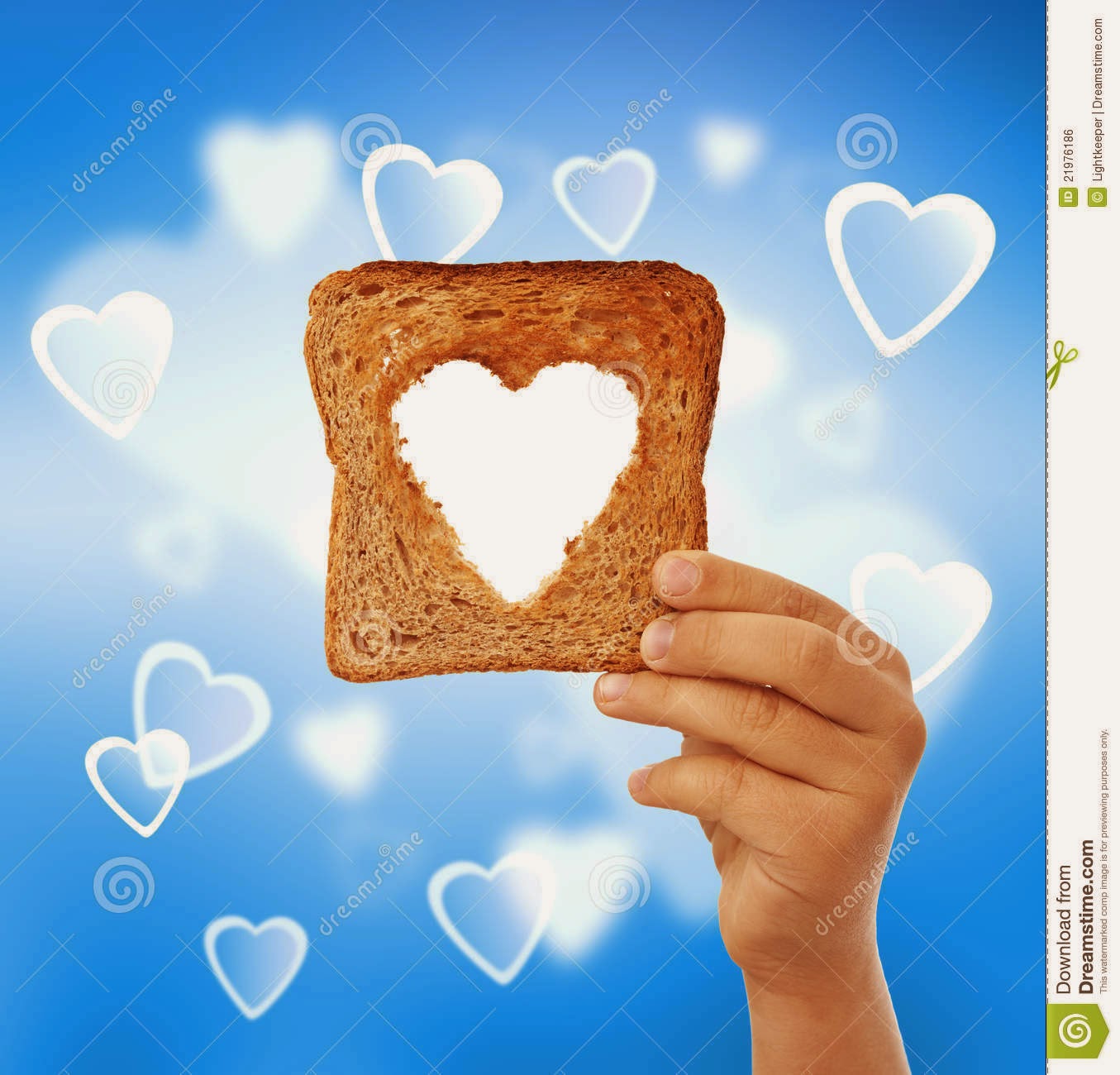 Caring for each other

We usually say that the collection is separate and apart from the Lord’s Supper. I will be bold and say that GIVING is part of fellowship that demonstrates that we care for one another. As an outward sign of Salvation, the New Testament Church made sure that no one lacked of the necessary daily needs. (Acts 4:34) “No one needy among them” Lets Pray
Posted by Es Importante o No at 8:46 AM No comments: 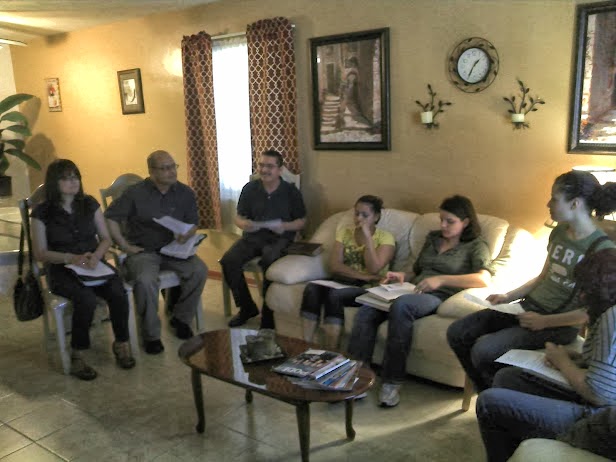 Our Small Group Bible Study in Sanford Florida
The early church met “in the temple courts and from house to house.” (Acts 5:42; see also Acts 2:46; Romans 16:5; 1 Corinthians 16:19; Philemon 2; Colossians 4:15). Meeting together and in homes is closer to what the First Century church actually did than what we currently do. Our current tradition of meeting at a church building twice on Sundays actually goes back only about 50 or 60 years in most places.

For more information on how to start a Home Bible Study at your home contact:
Julio Garcia, Hispanic Preacher
Sanford Church of Christ
1500 S Park Ave.
Sanford FL 32771
321-262-8903
Posted by Es Importante o No at 6:15 PM No comments:

Come visit our church family.
A place where you are always welcome.
We believe you will want to stay.
We would love to meet you. 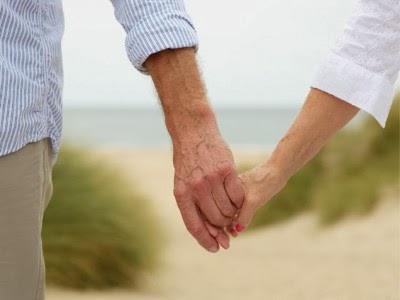